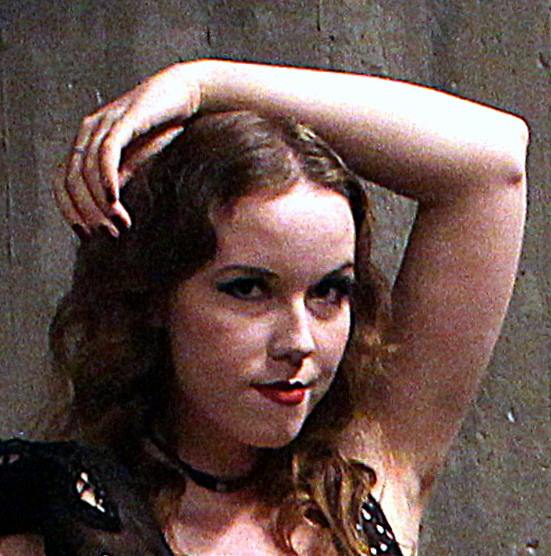 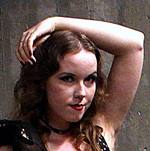 And now, the six merry murderesses of the Cook County Jail in their rendition of the Cell Block Tango…

Lipstick, high heels, fishnet tights. Only three of the reasons why I could not pass the opportunity to take part in this Chicago piece after I was still exhausted by Don Juan on Trial. The initiators of the performance, Anita and Stephany, had an ambitious but exhilarating idea to put together this infamous dance in just three weeks, in time for the Kallio Summer Theatre festival. 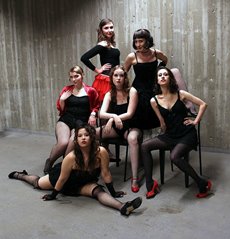 With no outside help, the six of us directed and choreographed ourselves and each other. I still can’t quite realise what we’ve achieved in the past few weeks. Occasionally in rehearsals, one of us would step out and watch the rest in order to determine whether we were in sync, and often, we filmed ourselves so that everyone could see the whole picture. It’s no joke rehearsing a dance in a room with no mirrors!

But I don’t have to wonder how we did it: it wouldn’t have been possible without everyone giving that famous “one hundred and ten” percent. With three-hour rehearsals three times a week, I can’t but admire my fellow singer-dancers for never losing their cool with each other. Despite the tiredness growing towards the end, I have thoroughly enjoyed going to each rehearsal and exploring our inner psychopaths together with the girls. And, of course, our excitement reached new heights when we had an absolutely inspirational photoshoot with Ania, who took amazing photos of our group.

So please, come see what we have done, and see whether it will make you think twice about upsetting us when it comes to chewing gum, wives in plural, milkmen, culture boundaries, acrobatics, and artistic differences.

Siiri Turunen is definitely not a singer but leapt at the chance to participate in a musical piece, even if it is a short one. After a theatre intensive spring, she will take a small break in acting, but she will probably change her mind at the next chance. She is also the secretary of Thespians Anonymous for the year 2015.

Thespians Anonymous presents a dialogue from Oscar Wilde’s The Importance of Being Earnest and Cell Block Tango from the musical Chicago at Kallio Summer Theatre Festival, Wednesday the 10th of June and Thursday the 11th at 17.00. Venue is a circus tent outside Harju Youth Centre, Aleksis Kiven katu 1-3, Helsinki.