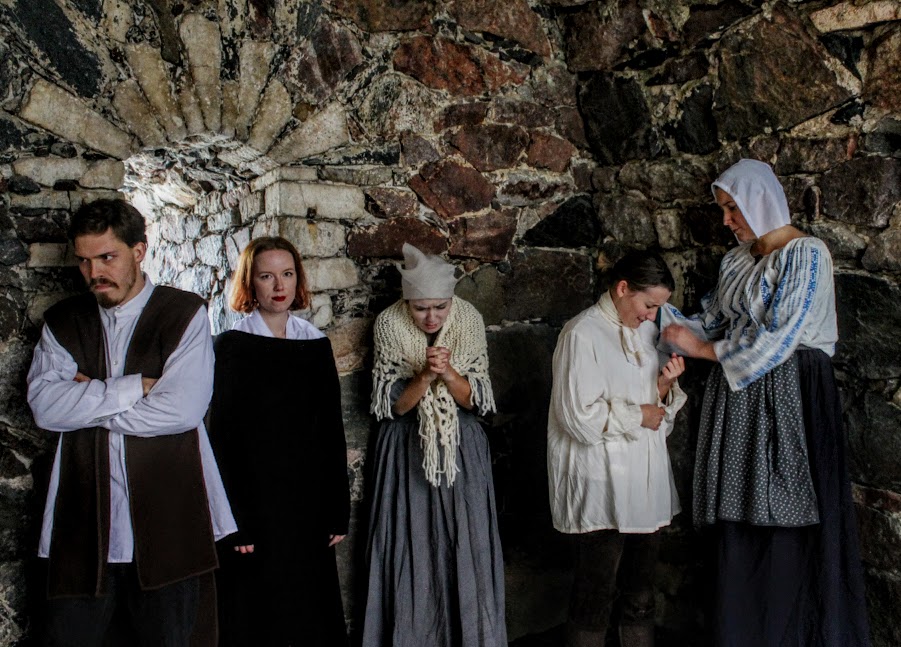 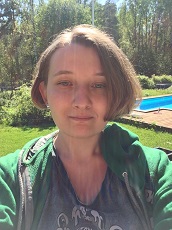 I first became interested in After Midnight – Before Dawn by David Campton because of the fantastical elements it hinted at: witchcraft, the battle between good and evil in the form of Satan and God. It was only when our director, Anastasia Diatlova, instructed us to invent backstories for our characters that I realised the play was about something even deeper: human nature.

During one of our rehearsals the cast contemplated on the message behind the play and on how our characters worked and I was struck with an epiphany. The characters are all waiting for an undeserved punishment, desperate in the face of death, grieving the life they are about to lose. And that word stuck with me: grief.

Many are familiar with the “Five Stages of Grief”: denial, anger, bargaining, depression and acceptance originally introduced in Elisabeth Kübler-Ross’ book On Death and Dying (1969). The play features six characters, all of them facing loss; the characters have lost their freedom, their life, their hope. And when I looked closer at their actions I managed to identify in five of them the different stages of grief:

Denial: The very first stage of grief. The Neat Woman keeps trying to reassure herself that her situation is merely a mistake, how it will be corrected, how she will be saved. She latches onto any shred of hope, any loophole that might grant her freedom.

Anger: The Man snaps at all the others and goes onto long, heated spiels about his hatred for those who betrayed him. He lashes out at everyone, threatens the Girl on multiple occasions and is even responsible for two murders.

Bargaining: The Old Woman spends most of the play praying on her knees. While at first she seems to resist the darkness better than others it quickly becomes clear that her prayers are not for her soul, but a tool for bargaining with God. When she doesn’t get an answer, she quickly turns to ask the Devil for help instead. She does not accept death and is very willing to trade anything for a few more days of life.

Depression: Of all the characters it is in the Boy that despair and hopelessness is strongest in. He cries often, drowning in bad memories and despairingly imagining his terrible future. He clings to the smallest chance of life, desperate to escape, yet every setback is a blow to that fleeting hope.

Acceptance: Unlike the others, the Girl is not trapped in her own head, not stuck in self-centered grief,  but accepts her fate. She focuses on the bright side, on how Heaven awaits her. She tries to help the others, especially the Boy, and she is the only one not tempted by the dark powers.

What about the last character, the Calm Woman? Unlike the others, she does not fit into any of the stages. Instead she represents temptation, an easy solution. She is the bottle we kiss to forget, the drug we take to escape, the mistake we are all too willing to make. She is the witch that preys on us and waits for our weakest moment to strike.

The moment I connected the five stages of grief to the characters the entire experience changed for me as an actor and I could understand them better. Everyone experiences grief every now and then: from losing a loved one, facing rejection or failure. Grief is something you drown in; a black sludge that burns and suffocates, and those who experience it will do anything to escape it. They will cling onto any hope.

Veera Wikström is fresh member of Thespians Anonymous (2017). After Midnight – Before Dawn is the first TA production she is a part of and she plays the part of the Boy.

After Midnight, Before Dawn by David Campton is part of Thespians Anonymous‘ Autumn production Humanity & Depravity. It will be shown at Hurjaruuth theater on November 23, 24, 25, 26. For more information visit the Facebook page of the event.

This amateur production of “After Midnight– Before Dawn” is presented by special arrangement with SAMUEL FRENCH, LTD.