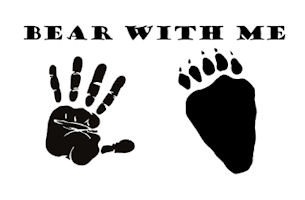 There is a first time for everything. And first times can sure be nerve wrecking, especially when they require putting something of yourself out there for people to evaluate and judge. Like, uh, I don’t know, let’s say when you decide to direct a play you wrote. Which is exactly what I am doing at the Festival of English Language Theatre (FELT IF) this November.

I have directed something I have written once before (Snow Queen which I directed for Thespians Anonymous in 2010), so I am not a complete virgin. However, there are a few ways in which these two productions differ. With Snow Queen I was a part of a writing group that wrote the play together, so it wasn’t really just my creation; we had shared custody of that baby. Also, we based the play on a children’s story by Hans Christian Andersen, so if there were any problems or plot holes or whatever, we could just blame that Danish dude.

This time it is just me. No one else to blame. Eeeeek!

Luckily, although I was writing on my own, I did have a support group that helped me conjure up Bear with me, the play in question. The TA creative writing group is a lovely group of Thespians, who get together c. once a month to review each others’ writing efforts. It is a brilliant way to get the perspective on things that I otherwise would possibly mull over for weeks without actually getting anywhere. Hearing the constructive suggestions and (mostly) positive comments really make you push forwards. The feedback I got actually made me determined to finish this script and gave me the courage to propose it as part of this theatre festival. And of course, last but not least, I probably would still not be finished if it weren’t for the monthly deadlines that the group had. The power of deadlines should never be underestimated :).

But going from the finished script to actually putting it out on stage, that is the most gut wrenching part. Beth from Finn-Brits (one of the groups we organizing FELT IF with) already wrote about what it feels like to direct a play you have written yourself. I whole-heartedly agree with every point she makes. Imagining that upcoming moment in November when it is almost time for all my (brilliant and lovely) actors to step on stage takes my breath away a little. However, when at rehearsals I see my thoughts become real I cannot help but have a huge grin on my face; and that makes all the nerves, and yes, self-doubt, worth it :).

Pauliina Munukka rarely takes on other roles in a play than acting due to her narcissistic, I-want-to-be-the-centre-of-attention tendencies. This time she decided to rest her vocal chords in the autumn, so that they are ready for spring when she takes part in Thespians Anonymous’ spring musical, I Love You, You’re Perfect, Now Change.