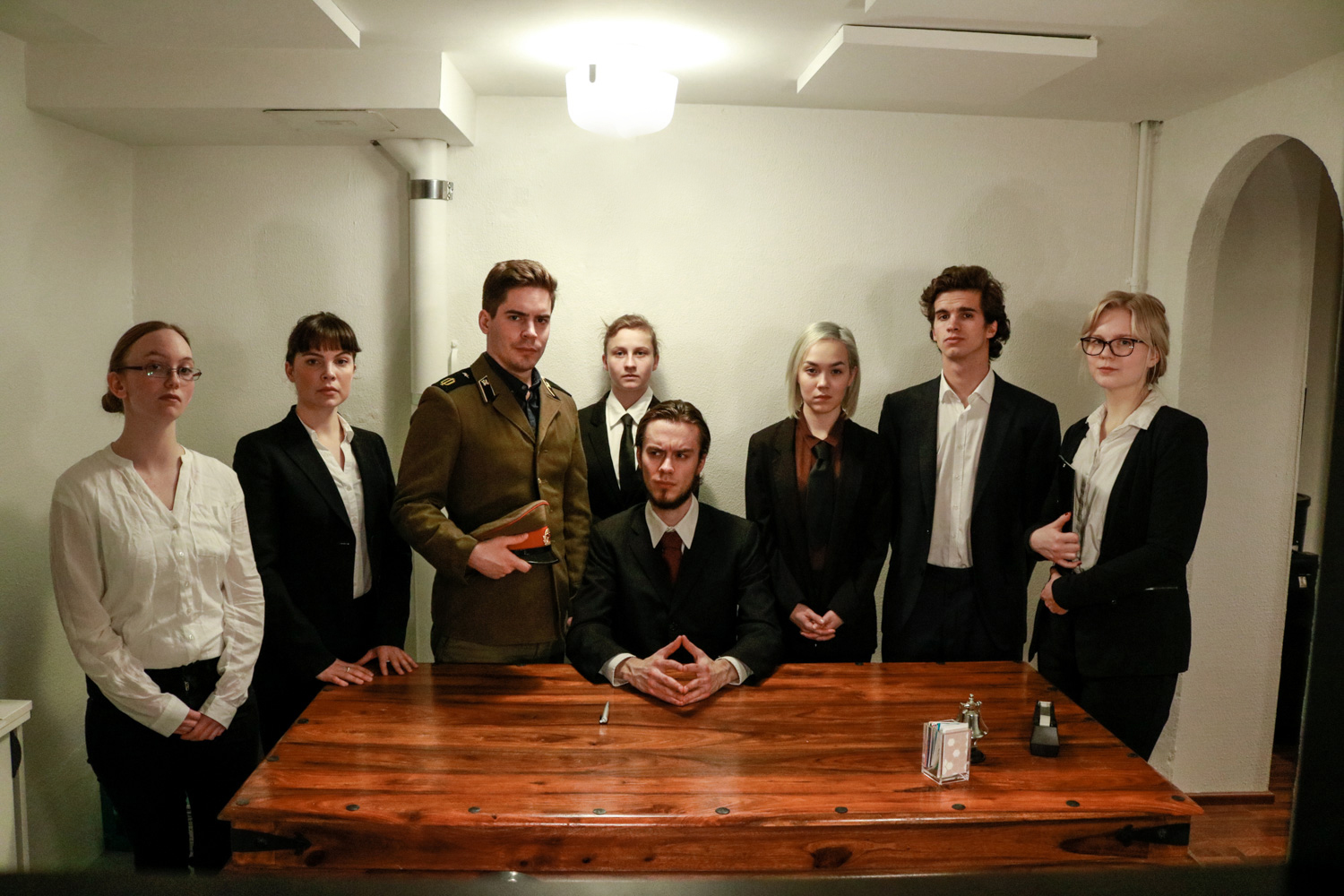 “Don’t ever tell anyone you have written a play unless you can summarise it within a few sentences.  I still can’t do this, so here is 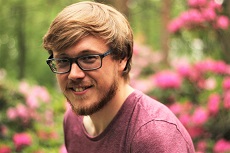 the best I can do.  “His Story, Dictated” as a basic description is a play set in a government office where a dictator and other government officials discuss recent events in a decidedly unspecified country.  The play is a look at many past dictators from history but as if they were all one and the same.  Every event referenced in the play is accurately based on historical events during the 20th and 21st century.  However, I have written as to pretend that all crimes were committed by the same dictator.   This is to show that it almost doesn’t matter which dictator is which, the extremes of inhumanity are not exclusive to geography.

The characters of the play spend their time in office showing who they believe they should (or need?) to be, while in private conversations held at the front of the stage show another side of themselves.  In the arena of power struggles, group dynamics and hierarchies are these the faces worn for battle? Or is this who they truly are?

This play is supposed to try and show that people in power are still people.  They still breath air, eat food and blame the table because they stubbed their toe on it. They are as fallible as the rest of us.  I wanted to show how different people are attracted to power.  Motives range from selfishness, avarice, inadequacy, altruism, self-preservation and many other complex reasons.  Humanity seems to be something all the characters lack in some form or another.  Or is this maybe something that makes them even more human?  The fact that they aren’t perfect, though their reaction to this fact shapes and changes how they interact and work in the world around them. 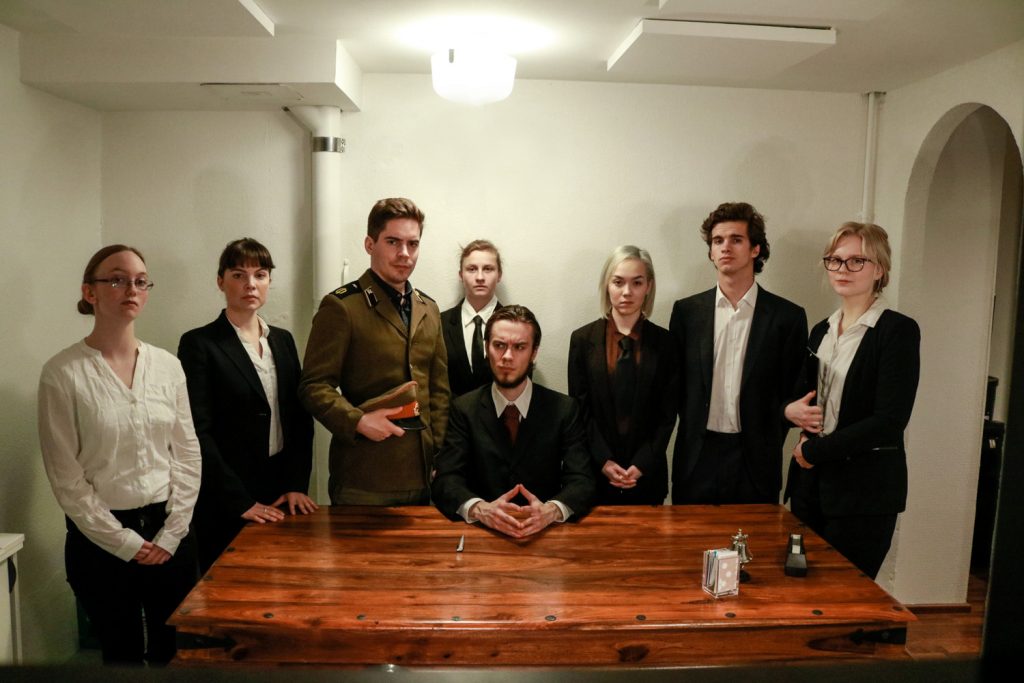 Looking at the world today and the world in the past, I see humanities tools have improved vastly.  However, as a species we seem quick to forget past mistakes. Only a few generations at most divide time between wars throughout history.  Men have most commonly stood as the Leaders, dictating to their countries or regions or communities.  This is how I came up with the title, it can be read as both “His Story, dictated” but also as “History, dictated”.  I do not want the play to be just a history lesson, though I definitely would like the audience to learn something from it.  Even if it is to ask questions and think more deeply about the world we live in.

The play aims to do many things, though I shall let the audience decide what it succeeds in accomplishing.  I wanted to write the play from the perspective that it could be anywhere and any-when.  No dates are referenced, no one on stage has a name and even the leader doesn’t seem to have a definitive rank.  This hopefully allows it to be transposed easily amongst any past, present or future leaders.  It can even be seen by some modern examples to be a repetition.

As my cast could tell you I could talk about this for hours, so I shall keep this brief and hope that upon watching the play I can better communicate to you what I wanted.

“His Story, Dictated” has been an entire life experience that will stay with me forever.  It has included many firsts, from being the first play I have written to being my first time directing (rather than an acting).  I have been incredibly lucky with my cast, who are all very new to Thespians Anonymous, some of which have never done acting before.  They have done a marvellous job of bringing this work to life and I am immensely proud of each and every one of them.  I cannot thank them enough!”

Todd Elliott has been a member in Thespians Anonymous for a year. It is his first time writing and directing a play and he is excited to present and share his work with you.