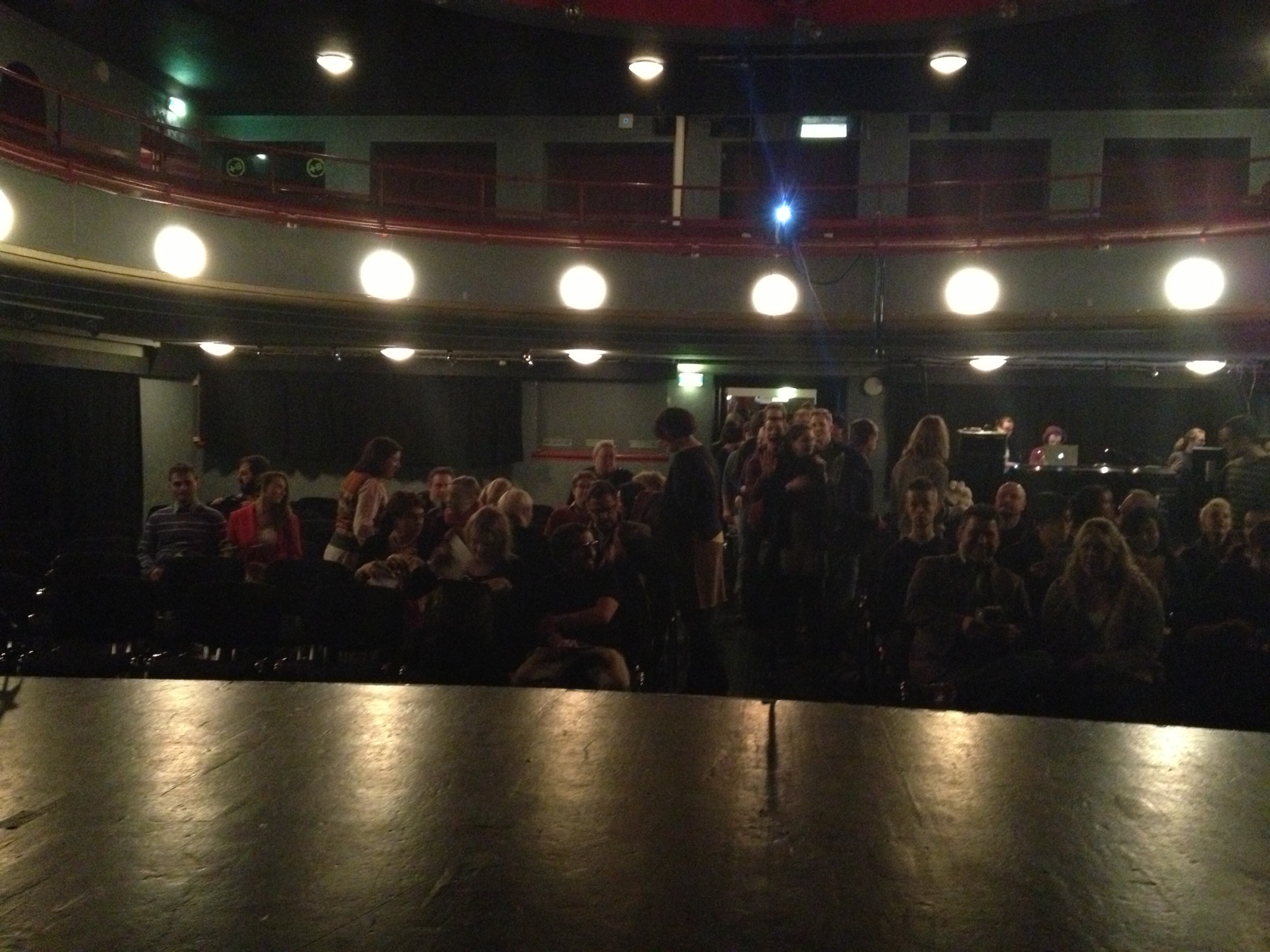 The atmosphere after the opening night of “I Love You, You’re Perfect, Now Change”, was absolutely thrilling. It felt great to be on the receiving end of those glowing comments from the audience, even though I wasn’t one of the actors on stage. Add to that we had a remarkable turnout of over a 100 people on the first night itself. The comedy hit home with the audience, as they were cheering and clapping excitedly in the midst of the lines. They really seemed to love the show. The audience especially noted the versatility of the actors, each of whom dons unique roles over the course of two hours.

During the intermission I was, as usual, doing my routine of chatting with people, asking their views on the production. Phrases like “I’ll absolutely recommend this to all my friends”, “Really amazing”, “Hilarious” made it to the frequently used words to describe this experience. I was delighted to see that our production attracted a remarkable diversity among the audience.
“One of the most striking aspects of this musical is that, the audience relates to the musical either by seeing themselves or their loved ones as one of the characters on stage”, says Minja Väätäinen who drove from Porvoo with her friend, to see our show.

Gabriel Herrera, a Finnish-Chilean guy who works as a project co-ordinator in Helsinki, shares his 2 cents about Thespians Anonymous, based on this production, “To call this amateur theatre is an injustice. The training and talent of the cast is clearly visible, making this in my book a semi-professional theatre group to be taken seriously.”

Janne Andsten, a major in English philology at the University of Helsinki describes his experience as  “ ‘I Love You, You’re Perfect, Now Change’ is simultaneously funny, touching and heart-warming, in no small part due to the excellent performances of the cast, whose energy, movements and expressions brought love and life into the characters. From the awkward couples to the lovelorn singles, the cast creates an authentic atmosphere that runs throughout the entire show.” He eagerly waits for the next production from Thespians Anonymous, be it musical or a play.

Brittany Rose, a Master’s student of Mathematics, who hails from the United States, enthusiastically stayed on after the show to appreciate the time and the effort of the whole production team. She puts her thoughts as “Although witty, light-hearted humour pervaded each scene of the play, some of its most memorable moments were marked by poignancy, too. In particular, Lotta Heikkinen’s delicate performance of “The Very First Dating Video of Rose Ritz” left me uncertain of whether I ought to laugh or bite my tongue, for the monologue’s comedy appeared only through the character’s grief.”

I could go on sharing the spirit of the audience, but I’d hate to give away spoilers. We still have three shows to go. So, grab this opportunity to witness this amazing performance by the talented men and women of Thespians Anonymous. 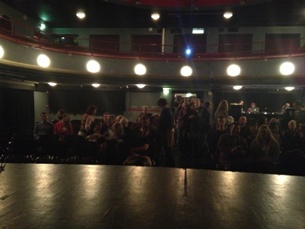 Siddhesh Krishnan, who debuted his acting in Thespians Anonymous last Autumn, leads the PR team for this musical production “I Love You, You’re Perfect, Now Change”. During off-shows, he can be spotted carrying a bright yellow bag containing posters and flyers for this production.

Thespians Anonymous proudly present the comedic musical I Love You, You’re Perfect, Now Change on 12, 14, 15, 21 and 22 April 2013 at Gloria Kulttuuriarena in Helsinki. For more information see Thespians Anonymous website or the Facebook event of the show.