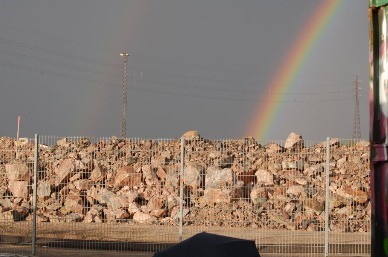 The battle for equality and acceptance towards the lesbian, gay, bisexual and transgender(LGBT) community has transcended centuries of bigotry. We have come a long way from the time when homosexuality was regarded as a mental illness to the present condition where same sex marriage is legal in 15 nations. Positively speaking, attitudes towards the LGBT community are changing. We are witnessing a global support of the LGBT movement; recent legalization of the same-sex marriage in France as well as Citizen’s initiative on Marriage equality in Finland (Tahdon 2013). While a part of the spectrum seems to be headed in a socially progressive direction, sadly there is (and, hate to say this, will be) ignorance, hate and homophobia prevalent in certain sections of society. The battle for equality is far from over.

I think this is where the “Pride” events make a difference. It sends out a powerful message of hope to the LGBT community in especially those nations where homosexuality is criminalized. For centuries, the community has been the target of bullying, teasing and violence. The pride events symbolize what they are supposed to: a sense of pride in being who you are and being true to yourself. While discrimination and criticism about Marriage Equality, Rainbow family adoption and Pride events are still rampant from within and outside the community, nevertheless a celebration of love should never be hindered.

Did you know that June is regarded as Pride Month? Relax and don’t be alarmed if you spot rainbow flags and balloons by the dozen. The rainbow is a timeless representation of diversity within the LGBT community. I have attended one Pride event in my life which was last year at Helsinki. I would call it the gay version of Vappu sans alcohol (just kidding!). The march, which attracted over 8000 supporters from all walks of life, took place on a Saturday afternoon as we started walking from Senate Square to Hakasalmi park.  Everyone gathered there to enjoy a lighthearted picnic and to witness a drag show on a sunny day.

For this Helsinki Pride 2013, we, at Thespians Anonymous decided to perform a rehearsed play-reading of ‘The Pride, a play by Alexi Kaye Campbell, which deals with homosexuality back in the 1950’s and in our modern times. It throws many perspectives on what it felt to be gay back then and now. It also reflects the changing attitudes towards homosexuality across this time period. It feels wonderful taking on this project because we show our support to a humanitarian cause.

In our gatherings at Thespians Anonymous (TA), it is not unusual that topics of love, romance, sex and of course, plays are the norm. We at TA have long discussions in favor of human rights, women’s rights and LGBT rights. This is an excellent opportunity to stand true to at least some of our values. As this performance is for free, we encourage donations from our audience members which will proceed to support LGBT organizations.

Though he may not be alive to see this day, Siddhesh envisions a time when sexuality will no longer be pigeonholed and it will be recognized for its fluidity.

In honor of Pride month, Thespians Anonymous theatrical society is proud to present a rehearsed play-reading of Alexi Kaye Campbell’s The Pride. The show is on Thursday, 27 June at 19:00 at Valtimonteatteri, Aleksis Kiven katu 22. Check out our home page or the Facebook event for more information!