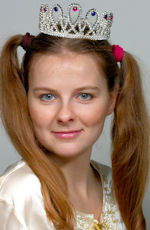 Thespians Anonymous Theatrical Society has come a long way since when it was established in 1999. We will continue to strive towards impressing you with new endeavours in the future – starting with this blog.

2011 was an awesome year for TA. We put on a lively musical revue, a popular production of Orwell’s 1984 and a fun collection of short plays. This amounts to a total of:

Not too shabby for an amateur theatre group performing in a foreign language.

What else has happened over the last 10+ years? To start with, 31 productions were staged. Yes, we counted. Furthermore, we witnessed a transition from “we do it for friends & family” attitude to seizing the opportunity and addressing a wider audience.

We thought it’s time we shared our experiences. With yet another exciting year ahead of TA, this blog is our new conquest – introducing a new way of communicating with you. What we do is a gift back to the community we live in. Join us in building on this momentum. Together let’s become more popular, fill thousands of seats, maybe even go on tour…

Come back to read about what our productions and other theatre related activities entail – from backstage, individual actors’ experiences, costumes/make-up, set building to directing and creative writing, and much more. With that many post ideas, our blog will be cracking at the seams.

We do it out of heart, for you.

Alicja Kocańda has been passionate about performing arts since age of six when she began giving piano recitals and loved all the attention. Current Chair of TA – her third Executive Committee role – she began as stage manager in 2009 and has subsequently done PR, directed, acted and produced.