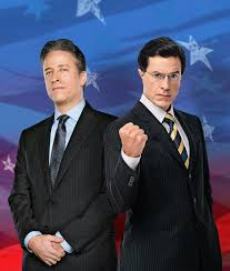 Now, the first thing to do here is surely to define whether we’re talking about comedy, or a comedy. A comedy has comedy, and comedy is used in comedies. Are you confused enough yet? Good.

In all honesty, though, I am not here to confuse you. The thought just popped into my head while I was planning to write this article. There’s comedy as a dramatic genre, movie genre, stand-up comedy, comedy equated with humour. So, what is the first thing to do when writing about something you are not really sure how to define? Check Wikipedia, and then copy-paste, which is what I most definitely will not do precisely at this point.

Comedy (from the Greek: κωμῳδία, kōmōidía), in the contemporary meaning of the term, is any discourse or work generally intended to be humorous or to amuse by inducing laughter, especially in theatre, television, film and stand-up comedy.

That is the contemporary meaning. So what’s the ancient one? Apparently, in Ancient Greece, comic poets performed political satires in order to influence public opinion. Who knew that there were ancient versions of Stephen Colbert and Jon Stewart!

Also, talking about ancient jokes and stuff, there was an article about graffiti found in Pompeii or somewhere, containing such pearls as “Floronius, privileged soldier of the 7th legion, was here. The women did not know of his presence. Only six women came to know, too few for such a stallion.”

Obviously, humour and comedy has been universally human for millennia. Fart jokes, sex jokes and people falling over have always been and always will be funny. The first two belong to the taboo-violating types of comedy. (Note to the reader: The next time you fart or burp with the intention of making someone laugh, you can be fancy and say that you used scatological humour. How posh of you.

Some other types of comedy include black comedy, slapstick, neither of which need no further introduction, comedy of manners, which mocks certain parts of society by poking fun at its mannerisms (Duh.) and my personal favourite, screwball comedy. I could go on about saying how it “derives its humor largely from bizarre, surprising (and improbable) situations or characters”, but I’ll just go ahead and sum it up in two words. Monty Python.

Comedy is also something that runs deep in Thespians Anonymous’ blood. Many a play performed way before my time has been a comedy or one sort or another, and the craft of delivering the humour to an audience is as much a talent as it is an aspect of yourself that you need to work on and develop more and more as you go along.

The first and most important thing to learn is to laugh at yourself. Since laughter is contagious, everyone else will follow, right? Well, kind of. I would be slightly awkward if an actor were to start laughing in the middle of his line. So take my advice with a grain of salt.

The only two productions by Thespians Anonymous I have participated in so far have been comedies, although each in a very different way. One was a comedy musical, the other is a parody. Oh, that’s right, I still haven’t talked about parody! And what better way to address it than in the light of our upcoming production! (Cue shameless self-advertising.)

In our newest production, The Illiad, The Odyssey and All of Greek Mythology in 99 Minutes or Less, the joke is on the Greeks. All of them. From Zeus himself, to the mortal heroes, no one is spared. The humour here lies in… Well, actually I shouldn’t give away anything, because it would spoil half the fun. How about you just come and see it, and test your knowledge of comedic variants? Maybe I’ll give you a chocolate bar if you name all the comedic deviced. Oh, and there are many. Soooo many.

Ida Mauko is a poor student-immigrant to Finland who randomly materialized within Thespians Anonymous one autumn day of 2012, ready to take advantage of any innuendo uttered within hearing distance. She spends most of her time as a couch potato, occasionally indulging in linguistic intricacies of the English language and resolving other people’s conflicts as well as the ones in her own brain.. Her dream is to one day play the perfect male redneck role in a TA play.

Thespians Anonymous are proud to present their spring production of 2014: The Iliad, The Odyssey, and All of Greek Mythology, in 99 Minutes or Less! The shows will be on May 7th, 8th, 13th and 15th at 7:00 P.M., in Kulttuuriareena Gloria, Pieni Roobertinkatu 12. More info on our webpage or on our Facebook event page.