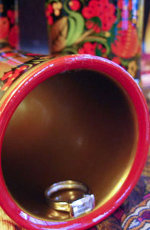 Ah, FELT IF. FELT IF 2008. My directorial debut. I remember it like it was yesterday. No, actually it’s all a blur and I had to look up most of the facts.

The Festival of English Language Theater in Finland a.k.a. FELT IF came about when a few bright theater-oriented minds got together in 2003 and had themselves a little theatrical extravaganza. The goal of the festival, organized by The Finn-Brit Players, was to promote cooperation between theater groups working in English, encourage people to show their writing, directing and acting skills and just have a good time.

And good time was had. So much so, that they decided to repeat the experiment the very next year. Thespians Anonymous entered FELT IF 2004 with three original productions. But after that, the public had to wait for four long years before the next FELT IF was finally announced.

In 2008 I was still new to Thespians. It was my second year and my third production. And I felt brave enough to do some directing. The prospect of taking on such a ginormous task was very daunting. I’ve never directed before (home theater with my cousin in front of adoring parents and grandparents notwithstanding), but I had great actors and plenty of help from the other members of the group.

A lot of work goes into a theater festival. And it’s not just rehearsing and memorizing lines. A whole range of things have to be arranged, everything from the venue to rotation of front of house people. It was great working together with The Finn-Brit Players and the Really Small Theater Company, the two other groups that organized FELT IF 2008. It taught us all a lot about the craft.

Another four years have passed, and it’s time to put on another festival. I hope to see many young thespians find the courage to try their wings as actors, directors, writers and producers, and learn to fly in FELT IF 2012.

Nastia Diatlova had her directorial debut in FELT IF 2008, when she put on A. Chekhov’s Proposal. Since then she has directed  twice and is planning to do it yet again in FELT IF 2012.