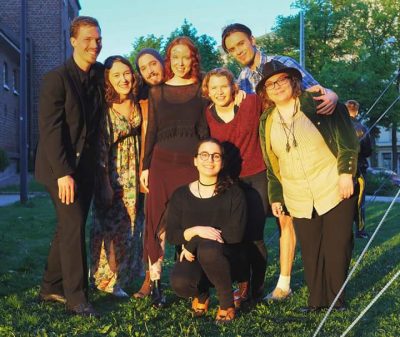 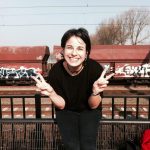 A small group of enthusiastic Thespians Anonymous members began Shakespeare Project late February. We met once a week to do acting and improv exercises as well as study Shakespearean texts together. At the end of each session we’d perform a Shakespeare scene, monologue, sonnet or dialogue to each other. The group was open to trying new things so it was also very fun to teach Shakespeare. 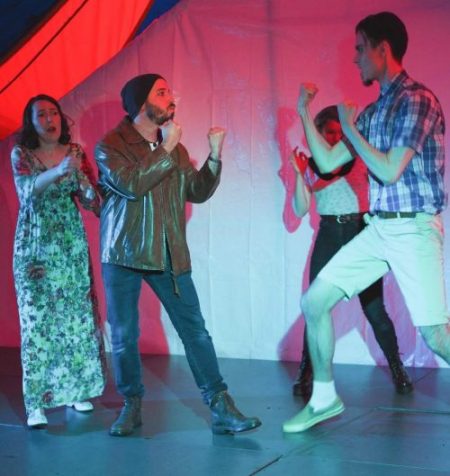 As the director, I wanted the actors not to be intimidated or overwhelmed by Shakespeare but to feel free to explore the possibilities of the text. So, we’d rap love duets and imagine sonnets in a dingy bar setting – anything to free up the actors’ imaginations and make them realize that there isn’t anything inherently stuck up or posh Shakespeare – his works can be gritty, witty and passionate. 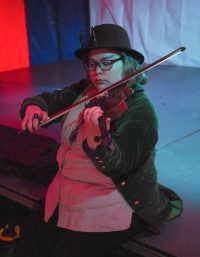 I wanted the actors to also feel comfortable using the texts to say something current and interesting about the world today. So as part of the Project, we went to watch a Royal Shakespeare Company (RSC) of “The Tempest” and National Theater (NT) Live of “Twelfth Night” at Kinopalatsi and got to see how professional companies actually do Shakespeare nowadays. I think this really gave the actors a better idea on how free they can be in interpreting Shakespeare. In fact it’s more interesting to add subtext and modern commentary into the play and to play with the meaning of the words so that it makes better sense to the audience. For example, in the NT Live of “Twelfth Night” we saw an actor play a trans man where he sang “To be or not to be” in a dark lit bar named the Elephant –  it was a very original take on the famous monologue –  and exactly the kind of new perspective we were trying to find in our own study of Shakespeare. 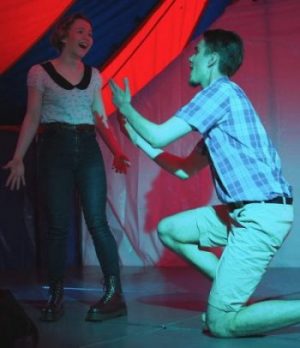 When Shakespeare Project ended in May, we started immediately rehearsing for “Midsummer Night’s Dream”. I really wanted to take a page out of the NT Lives and keep our play fresh and original. And so seven actors, me as director and a makeup & costume specialist started working on bringing 1600 Greece to the 21st Century. Connecting an old text with modern worldview, it all clicked together in the last few weeks. The two 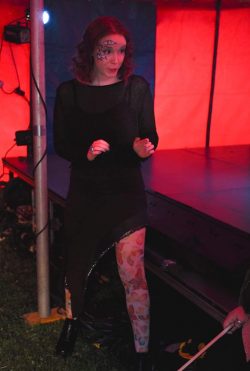 successful shows with a full house was thanks to a dedicated group of people working diligently during rehearsal, listening to each other and having a lot of fun playing together.

Shakespeare is to me above all musical, and my absolute favorite thing about our performance was that it was full of music.

Asatouri Gabriella is the current Chair of Thespians Anonymous and an active member since Fall 2016. She was the director for the play ‘A midsummer night’s dream’ performed in KATOS Festival and also the organizer/director of Spring Shakespeare Project.

Thespians Anonymous is an active, non-profit amateur drama group that aims to promote English language, culture and drama work in Finland. For more information about who we are and what we are doing visit Thespians Anonymous’ webpage  or follow us on our Facebook page.