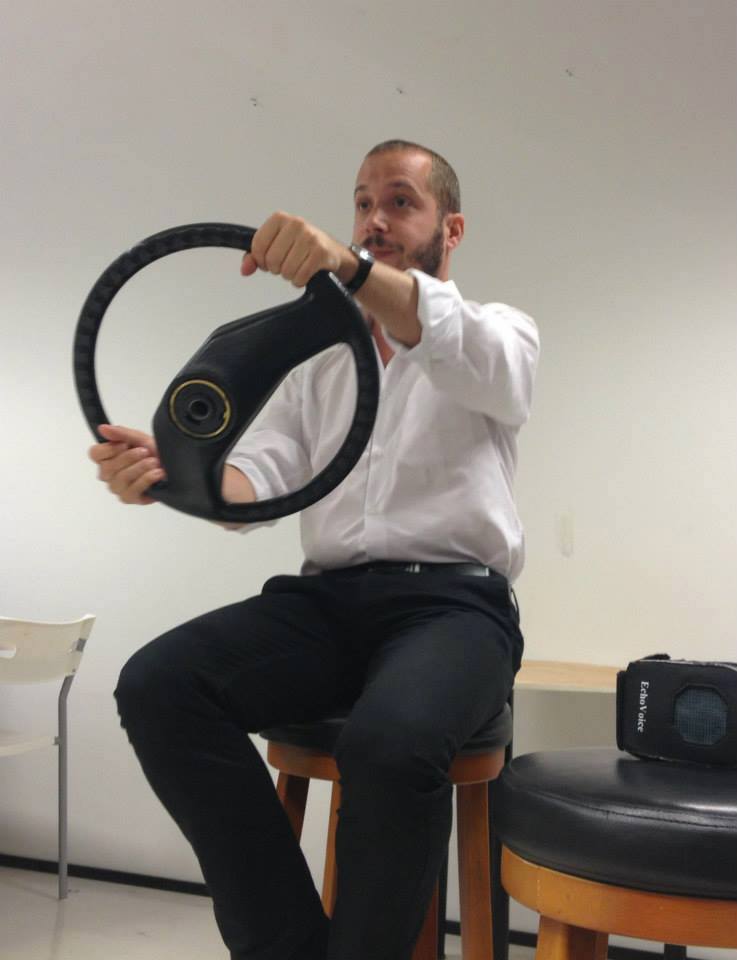 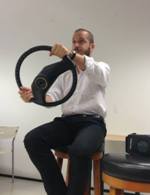 All productions from the Thespians Anonymous (TA) are completely put together by amateurs. Not only actors may have none or little theatrical experience, but also backstage people. For instance, I started with TA as an inexperienced manager. However, sometimes it can be difficult to learn by doing. Therefore, the group named Soup Troupe (composed of four TA members) had the great idea to organise a workshop entitled Putting on a show . Erna Bodström, Lotta Heikkinen, Anastasia Diatlova, and Pauliina Munukka have been welcoming us on four Sundays for a few hours to tell us what we should pay attention when making a production (for TA). They all were previously involved in TA productions and could make us benefit from their first-hand experience.

Firstly, the participants were divided into groups, as the workshop also contains practical tasks to be done within the groups before exchanging with other groups. During the first session, we learned about the required tasks in order to put on a show. Usually the Director, the Producer, and the Stage Manager (aka the Holy Trinity) share the responsibilities. We discussed the choosing process for a play and how to make a proposal to TA (including budget aspects). In my group we agreed that, as directors with little or no experience, we would rather start with a short funny play having few characters.

The second session started with tips on auditions: how to organize them, which scenes should be done, what to look at and write down. We even had a fictional audition with our workshop organizers playing caricatured auditionee roles: the over-enthusiastic, the shy-and-insecure, the bored (who was dragged here?), and the I-have-to-leave-soon-how-long-is-this-gonna-take (!). It is important to be ready when these show up at your  audition. The second part was dedicated to the early stages of rehearsals, especially blocking: when and where characters enter,
exit, and move on stage. Our task was to suggest blocking for a scene of the play we picked during the previous session. For us it was not
too complicated as the two characters are simply sitting next to each other and sometimes kiss.

We started the third session with warm-up exercises. Always in that order: breathing, producing sound, and projecting sound. A lot of
various warm-ups exist with various purposes. We learned that a director should plan warm-ups according to the needs of the rehearsed scene and never neglect them. However, he should also be flexible and feel the actors. If the crowd is distracted, let’s propose a concentration warm
up, or if they feel tired, what about an energizing warm up? We continued with tips about character development. The corresponding assignment was to pick two characters from the play selected earlier and write about their physical traits, their biographies, and their interaction with other characters.. The last part of that session was dedicated to giving feedback: Not only criticism, but also positive feedback. I believe the experienced people when they say that it is essential to keep the actors (and the crew) happy.

Eventually I take the following message home: directing is much more than giving directions to actors. It is a real artistic process, starting from a vision, followed by a more or less complex realization. After this workshop I feel that I would like to direct once. I feel better prepared as well, as we could experiment situations without doing anything wrong or hurting anyone (their feelings, that is). There may be an opportunity to practice on a small scale (just for fun), or there may be a real proposal for a production in spring.

Arnaud Praplan joined TA about two years ago and was stage manager in two productions and played two characters in the Pint-sized Plays perfomances last August. Besides his theatrical activities, he’s doing research at the Finnish Meteorological Institute, but don’t ask him what the weather will be tomorrow… especially not in winter!