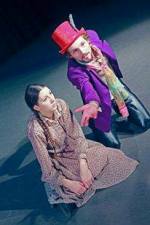 Imagine a situation in a bar. A person is sitting on a lonely, wooden table, staring at the changing lights of gambling machines. Once this person gets your attention, a curiosity arises. Who is this person? Building your courage, you might approach her and start to ask all kinds of different and very basic questions:  “Hey, do you often come here?” Might be clumsy, but at least it’s a start. “What is your name?”, “Where do you come from?”; “How old are you?”; “Do you share my passion for rainbow-fishes?” We start to interact. We start to gain knowledge about the person, of who is in front of us. We create an image in our mind that helps us explain the other one to ourselves. Things go well, we share drinks, cigarettes and bed sheets. We stay for more then a cup of tea and build a connection or a sort of union, while each person remains herself.

This very stereotypical situation describes partly the developmental process of a theatrical character. Beginning with a first view and curiosity, we build knowledge about our role and slip into a mental and physical union. But acting goes a little bit further. It is not enough to unite with a role, it is a goal to become this person or, as Stanislavski said, to become “reincarnated” as the character. In this state of mind actions, thoughts and words are directly interwoven and the border between actress and character dissolve. We become another person, while being ourselves, since we are still us in our physicality and mentality.
But how to become another person, without ending up with schizophrenia, or in a hotel room with large doses of sleeping pills? This could be the case, when you take a look at the characters in Fernando Arrabal’s “Garden of Delights”.

There are of course many ways, each one unique and individual. To become a character means first of all to explore her actions and to find the inner objectives behind those actions. Through actions (and words can be treated as verbal actions), objectives and drives are expressed to become a part of reality. Those expressions clash on an environment. And like every person, a role struggles with its environment. It is pushed to express thoughts and its needs to an outer world and also has its own obstacles to deal with. These inner struggles are continuous; they come from the past and occur in the present. Therefore, to understand a role, it can be helpful to understand her past. Here, an actress can be become an extension of the playwright, in order to breathe life into her role. What memories and stories are inside a person, when she enters the realm of the stage? What is the story that gives the role its characteristics, its struggles and behaviors?

One way to get a connection to a role is to imagine her autobiography. An autobiography consists of memories that are rewritten and formed into a narrative. It carries the function of inscribing a self into a certain and individual reality and to produce a desired self-image. Memories, as the base of an autobiography, work in a similar way.  Like an autobiography, a memory is an imagined fragment of a past incident that is captured through language, according to present circumstances and self- views. The capability of using language is thereby closely connected with every process of memory. Language gives memory a form and a narrative structure. Autobiographies and memories are herein personal fictions. The step to imagining a memory of another person, a character of a play, is therefore not so big, but more of a process.

Memories of a character can be written, starting with little stories that occur in the past of a character. Imagine an incident, for example in the childhood of the character, and find lines that may lead to his actions in the play. Those incidents can be personally very important, but must not be necessarily connected to the events of the play. It matters in the sense that it gives the character a story, an inner world, where his feelings and thoughts move and are effected.
It helps to underline these stories with actual objects that the character kept, to remind her of special incidents. Keep your eyes open for spaces that could have built the scenery for these incidents. Project the character into these spaces and take a mental photograph.  Pictures, objects and stories form a memory in the head of the role. This memory is not only helpful to understanding the person that you partly become. It can also draw back on this self-made memory before entering the stage and the realm of the character.

Those memories and stories can be connected with the clothes of a character. Costumes are never random clothes. Each piece has a story and an origin – a memory of how the character got this piece of clothing. While putting the costumes on, it activates the process of becoming another person.
Memories don’t always have to be striking. They can be small and banal. It might help to imagine what the character did, before he came on stage. This can be the simply act of drinking a lukewarm cup of coffee.

The creation of memories and autobiographies of characters helps us to enter the inner world of the role we are going to play. To give a character a history means giving meaning to the individual that we are becoming. Those meanings are guidelines for the objectives by which our role is driven. This is one step to become reincarnated as the character we play.

Of course this is only a small part of developing a character, and it is certainly connected to a western understanding of psychology and to the idea that histories affect our present lives. But it helps surely to give a psychological body to a person that first exists on a silent sheet of paper.

Justus Rothlaender has been a part of  Thespians Anonymous  (TA) since September 2012. He has been involved in several productions as an actor and a director. He will be on stage in TA’s Autumn production,  “Garden of Delights”, which premieres on the 28th of November.
He studied Literature and History and is currently washing dishes at Café Ekberg. Justus is dedicated to theatre and tomato soup.